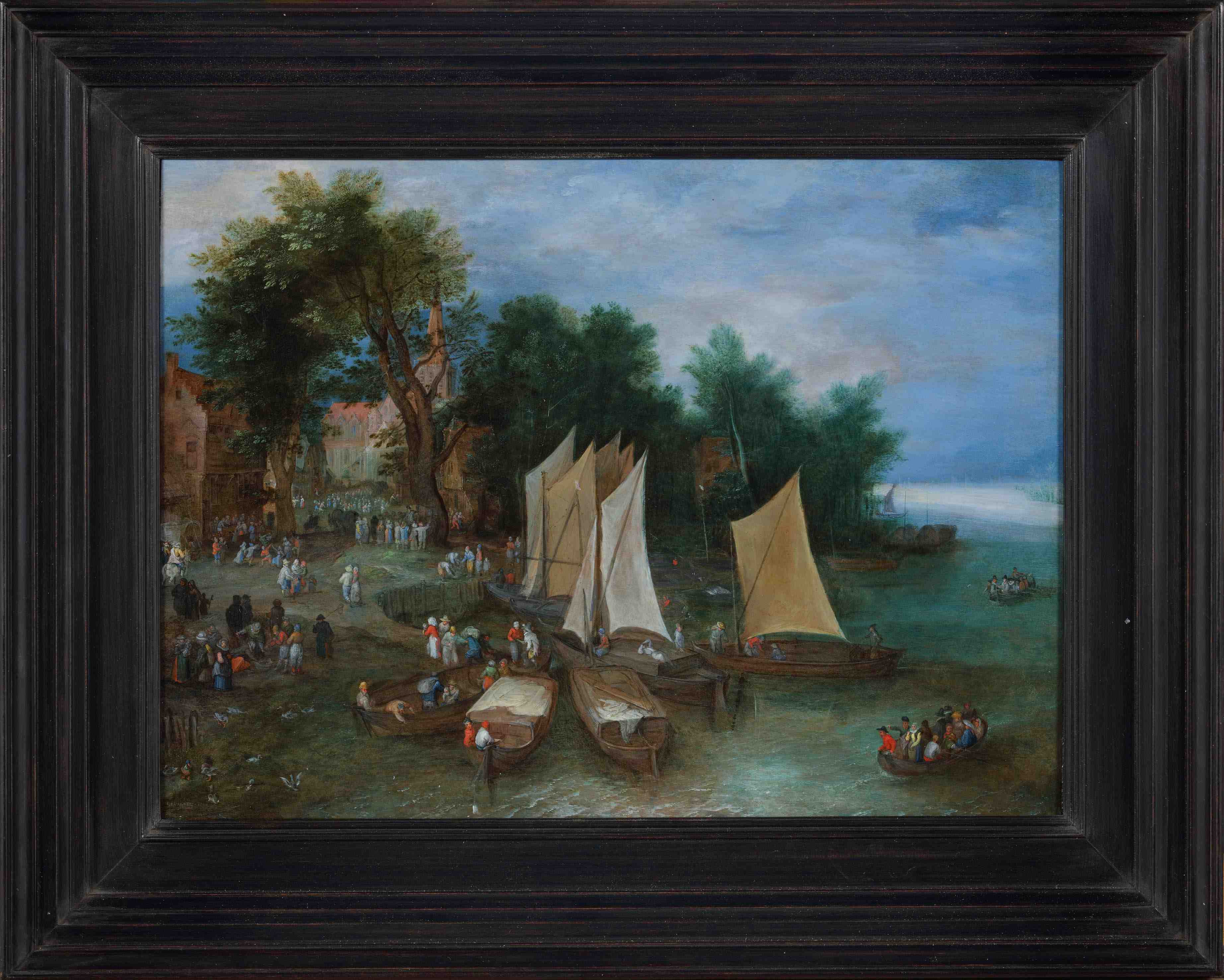 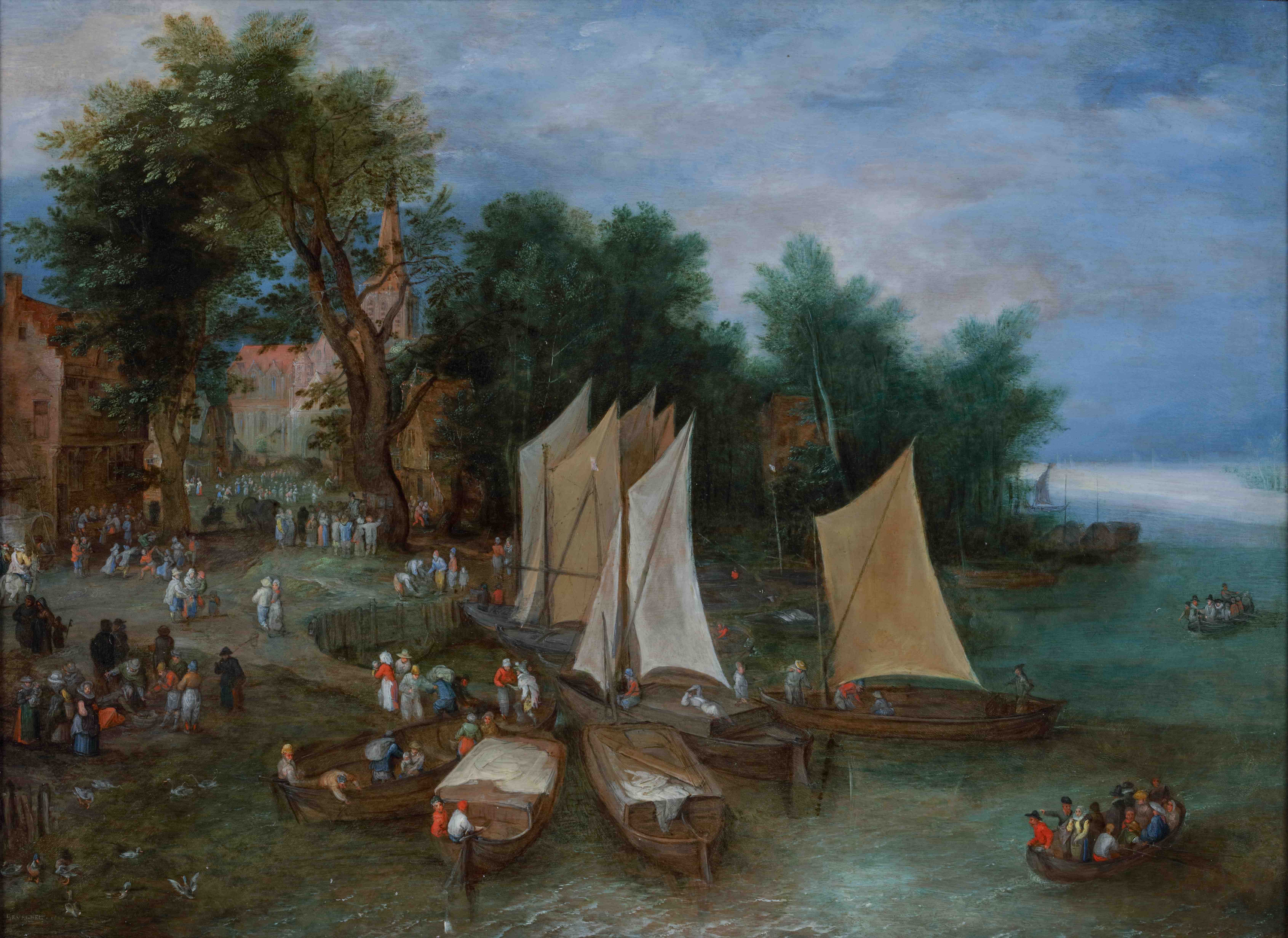 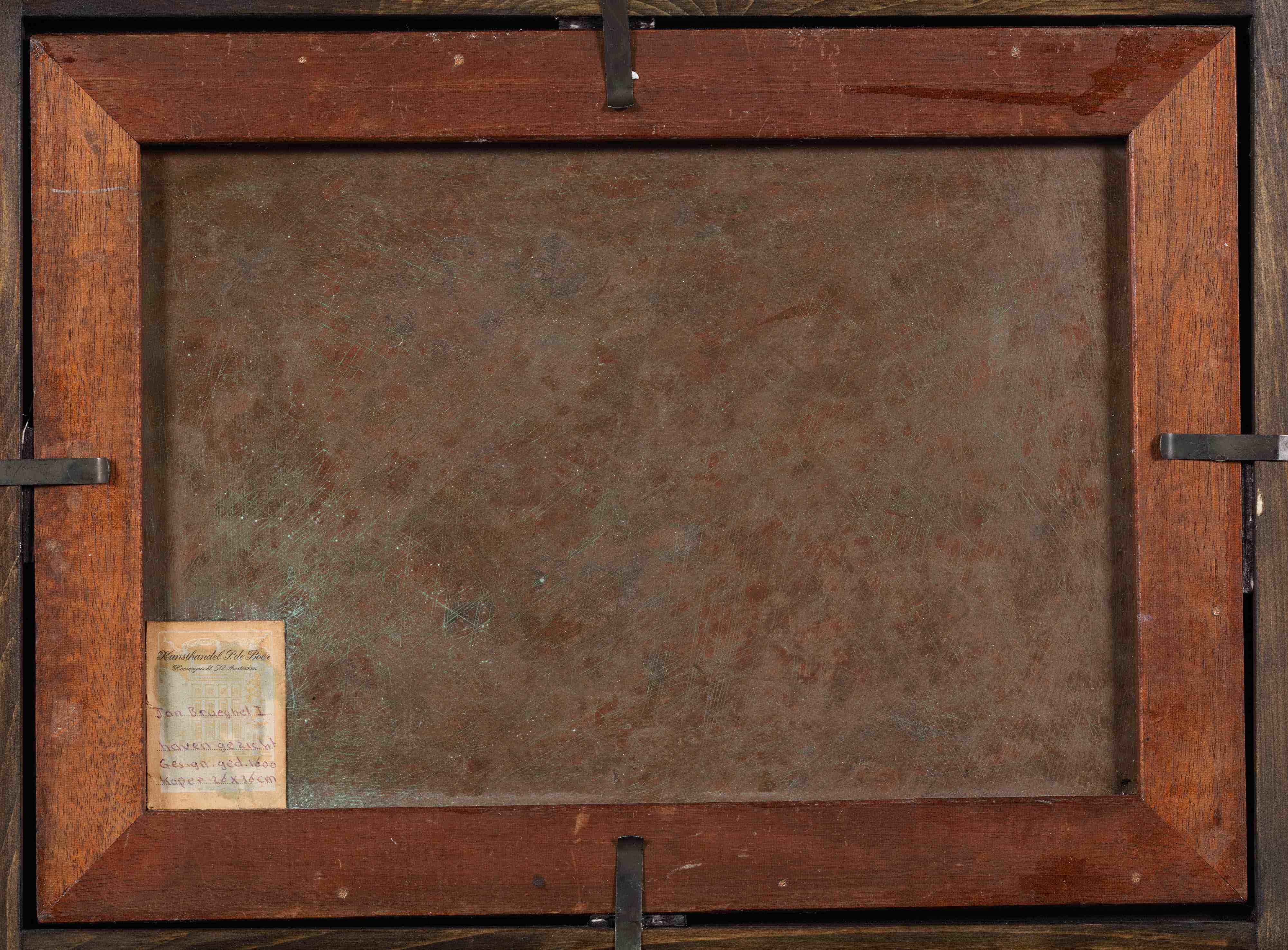 A landing stage near a village with shipping and figures.


First published in 1949, when owned by the Swedish collector Einar Perman, this lively river scene is situated in Jan Breughel the Elder’s oeuvre at a moment of evolution for the river landscape in the years around 1600. At this point, his construction of depth no longer relied on the specific delineation of area; instead, his deft handling of colour unified fore- and background, drawing in the viewer’s gaze through his increasingly animated compositions.
The elevated viewpoint of this riverscape was inherited from the Weltlandschaft tradition that grew from the work of earlier artists, such as Joachim Patinir, and was taken up by the artist’s father, Pieter Bruegel the Elder. Though the works of these fifteenth-century artists often included religious or historical staffage, Jan Brueghel’s world is that of the everyday. On the shore fishermen offer their catch for sale, sacks are unloaded from the boats and a group of peasants can be seen dancing outside an inn, while a soberly dressed preacher addresses a small crowd beneath the trees. Breughel’s staffage stems from the newly popular category of genre painting, which became increasingly prevalent as the century progressed. With their flashes of yellow and red, they act as a counterpoint to the subtle modulation of the waters from the green-brown of the foreground to the ethereal pallor of the horizon. This interweaving of influences was an important development in landscape painting that would be highly influential to later artists, such as Rubens.