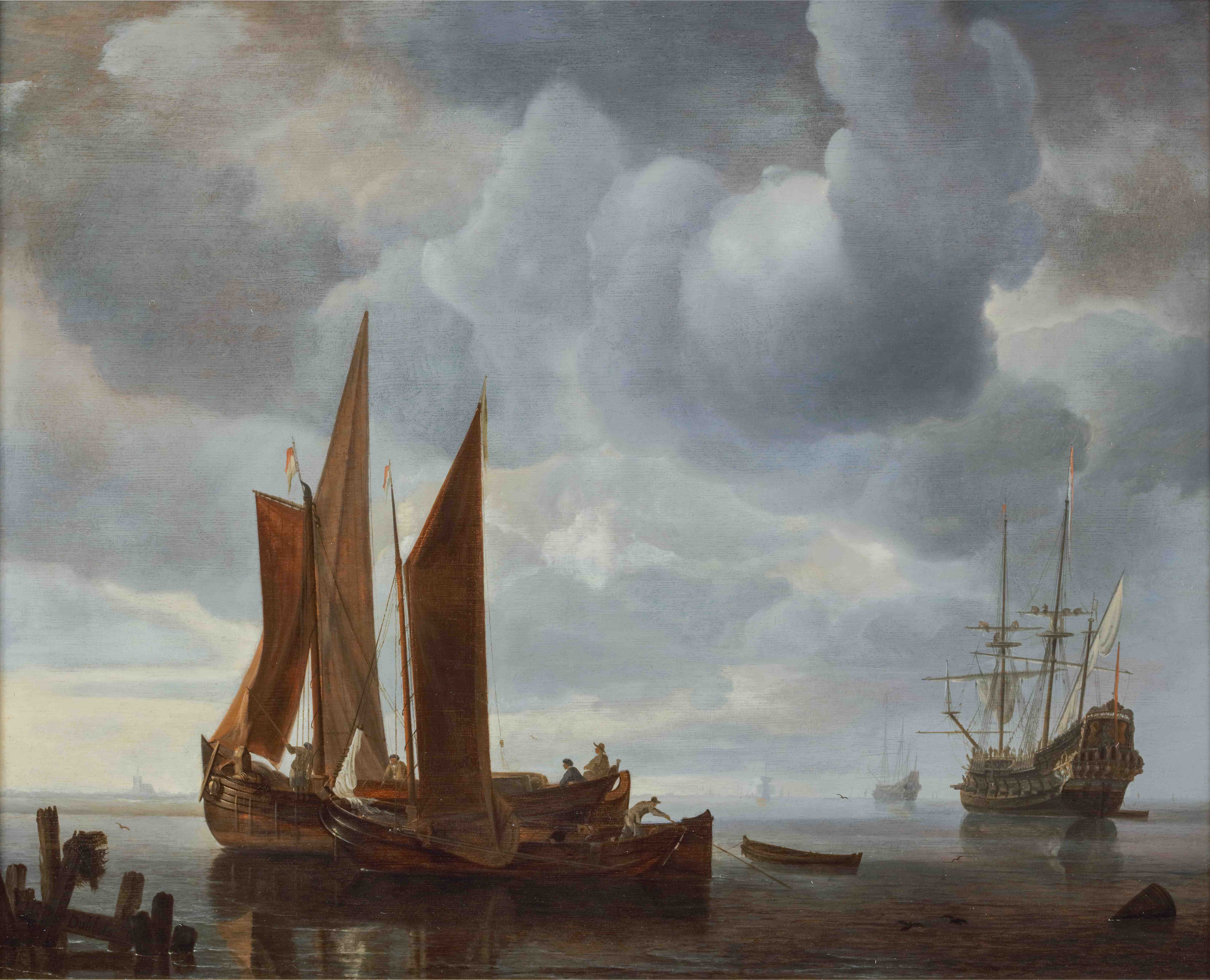 Fishing boats and warships at anchor.


The low horizon of the present composition affords a broad view of this magnificent and overclouded sky. Rolling skies became an emphatic characteristic of Dubbels’ work from around 1640. Here, a cloudy sky occupies the vast majority of the composition which endows the scene with depth and clarity. A diagonal stream of thick, weighty clouds soars across the sky. Strong contrasts of light and dark dominate both the sea and sky. Dubbels’ portrayal of the sea is similarly meticulous. Dubbels’ focus on the reflective qualities of the calm water is especially compelling in this work. The sun, conspicuously absent from the scene but raking across the foreground from out of frame to the left, strongly highlights the sails of the smalschips. The rays of the sun create reddish-brown reflections on the surface of the sea in front of smalschip. In this painting human presence is, also, significant. On the two smalschips in the middle ground, a number of figures can be seen making preparations to set sail. This attention to figural detail is highly reminiscent of the work of Simon de Vlieger, under whom Dubbels worked as an apprentice from 1650 to 1653.

Dubbels was born in Amsterdam in 1621 and lived his entire life in Amsterdam. He worked chiefly within the tradition established by his master, Simon de Vlieger.

The 1650’s were a period of his best work, in which he painted marines and a number of accomplished winter landscapes . He is thought to have worked in the studio of the Van de Veldes until they left for England in the Year of Disasters 1672. In the late 1650’s or early 1660’s he trained Ludolf Bakhuizen, who became the leading Dutch marine painter of the last decades of the century.