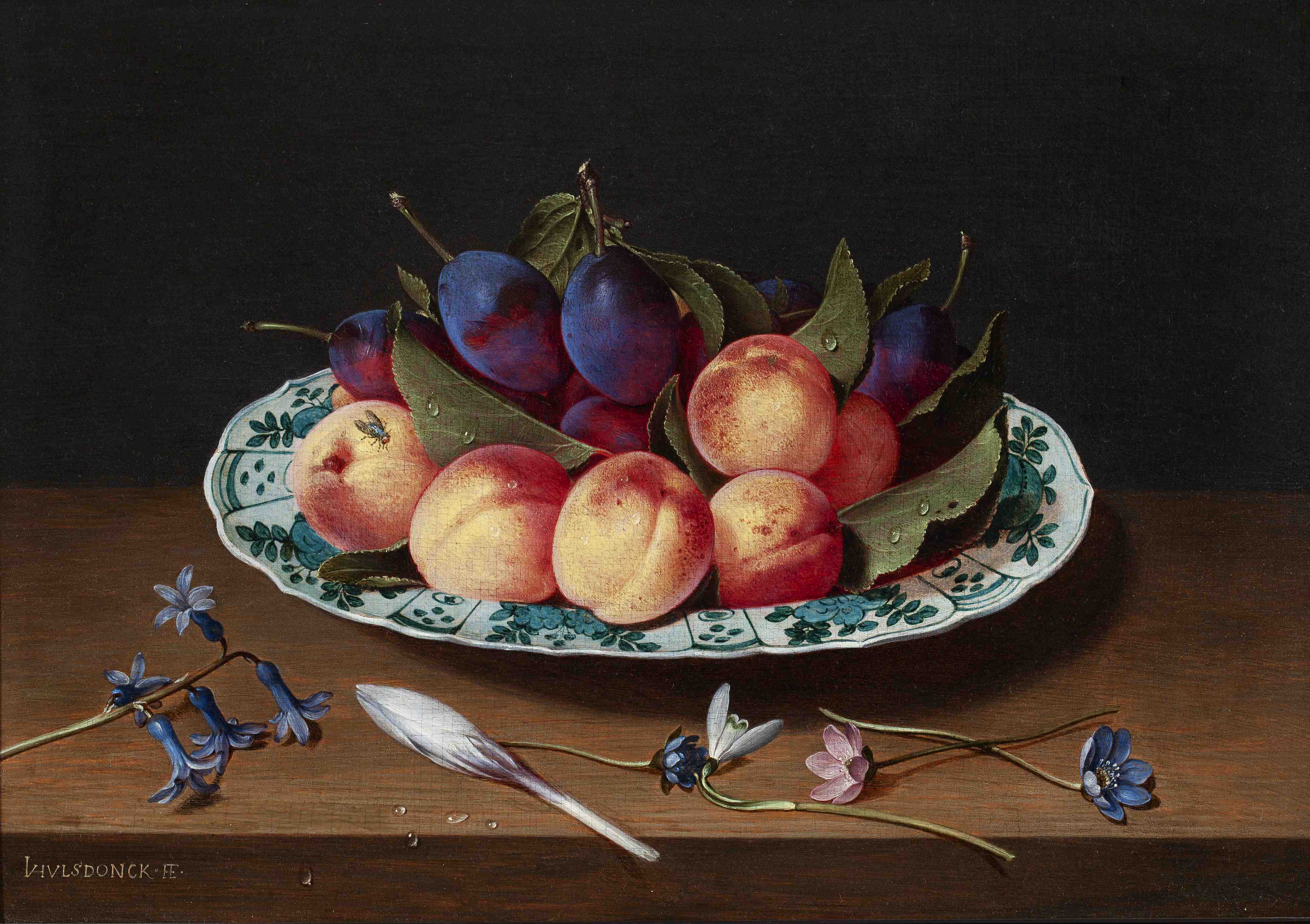 Still life with fruit in a wan li dish.


Jacob van Hulsdonck was originally from Antwerp but moved to Middelburg at a young age. It is speculated that while in Middelburg he received some training and may even have been apprenticed to Ambrosius Bosschaert the Elder. By 1608 van Hulsdonck had returned to Antwerp as he was then registered as a master of the Guild of Saint Luke in that year. Van Hulsdonck played a role in the early development of the genre of still lifes of fruit, banquets and flowers. Although he must have been familiar with the work of the Bosschaert studio, his work shows more affinity with the work of Osias Beert and even Hieronymous Francken II, two still life artists active in early 17th century Antwerp. Van Hulsdonck possibly worked in their circle before becoming a master in the Guild of Saint Luke.