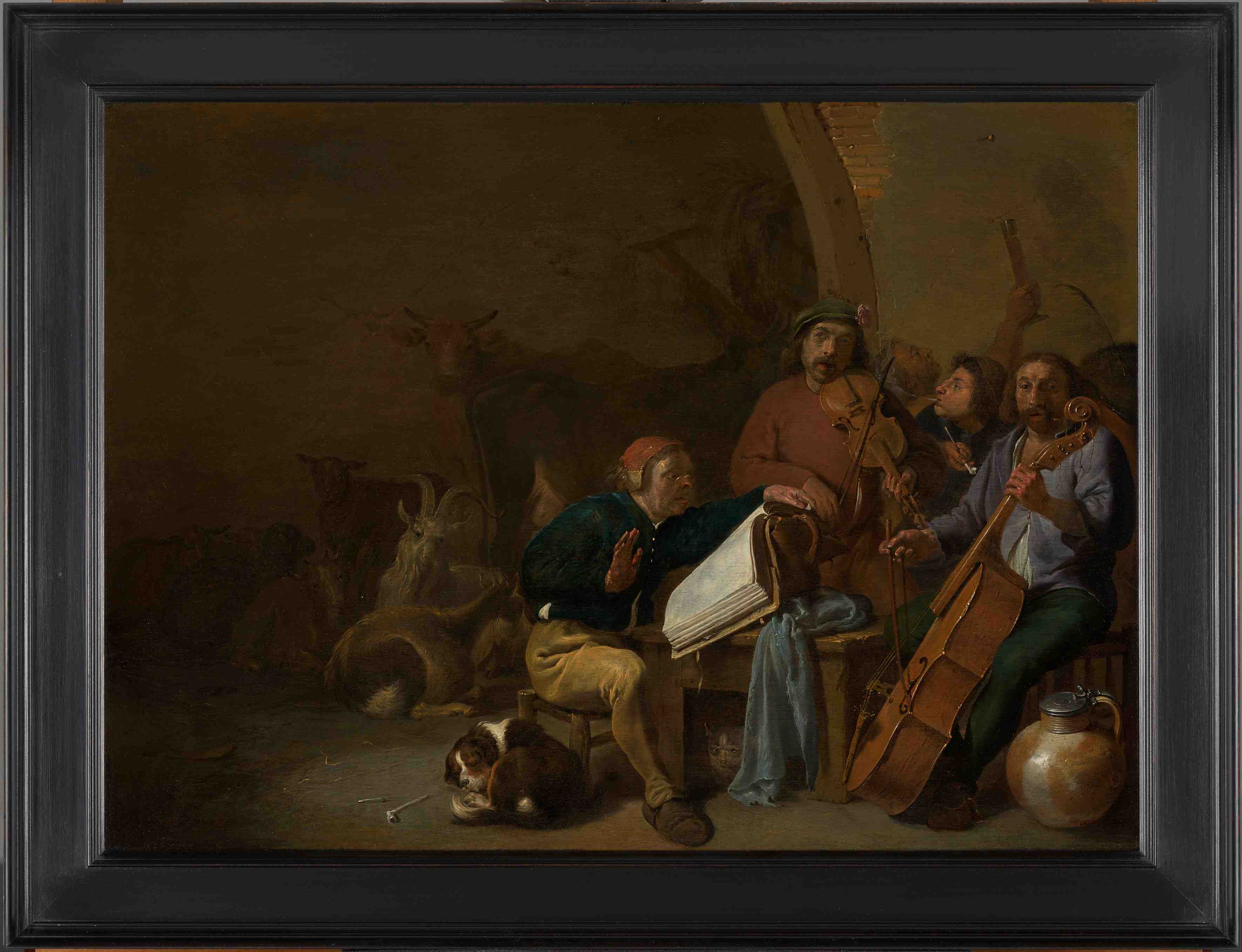 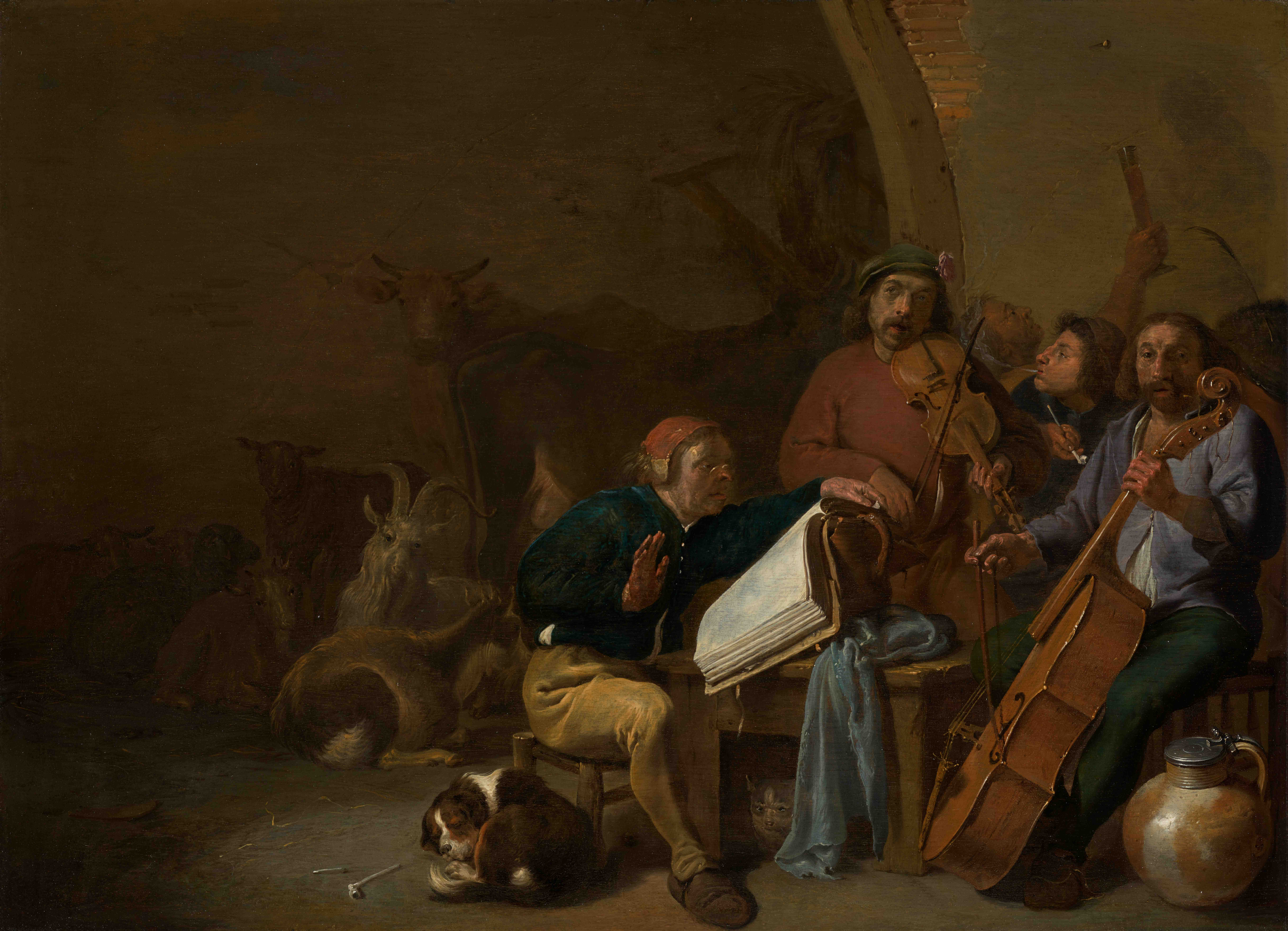 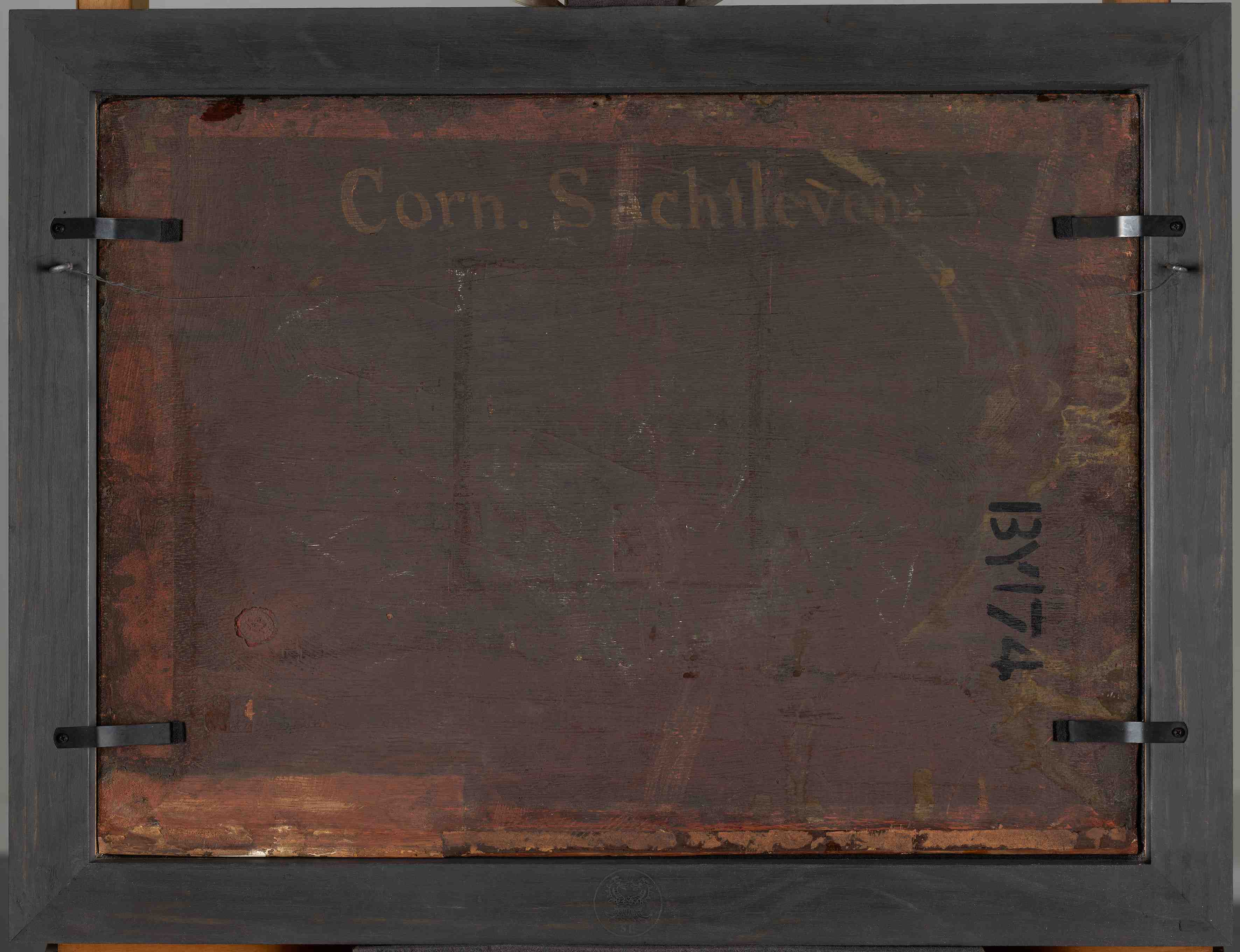 The so-called “farmer's concert”; a self-portrait of the artist, and his brother Herman (b. 1609), as musicians, in a fantasy setting.


In Cornelis' early works, such as our panel, one finds the unmistakable influence of the short-lived genre gamechanger, Adriaen Brouwer (1605 - 1638). Here, the background figures blowing smoke and raising a passglas aloft feel as if they could have leapt off the panel of Brouwer's iconic Smokers, c. 1636, in the Metropolitan Museum of Art (fig.1). It is documented that Cornelis was in Utrecht by 1634, lodging with Herman jr, where the Saftleven brothers commenced depicting stable interiors (fig. 2) – a novel facet in the conception of peasant scenes, and which seems to be incorporated into the 'fantasy' scene here that is at once reminiscent of a hard-drinking, tobacco-laden tavern and an out-of-doors stable filled with nature's beasts.