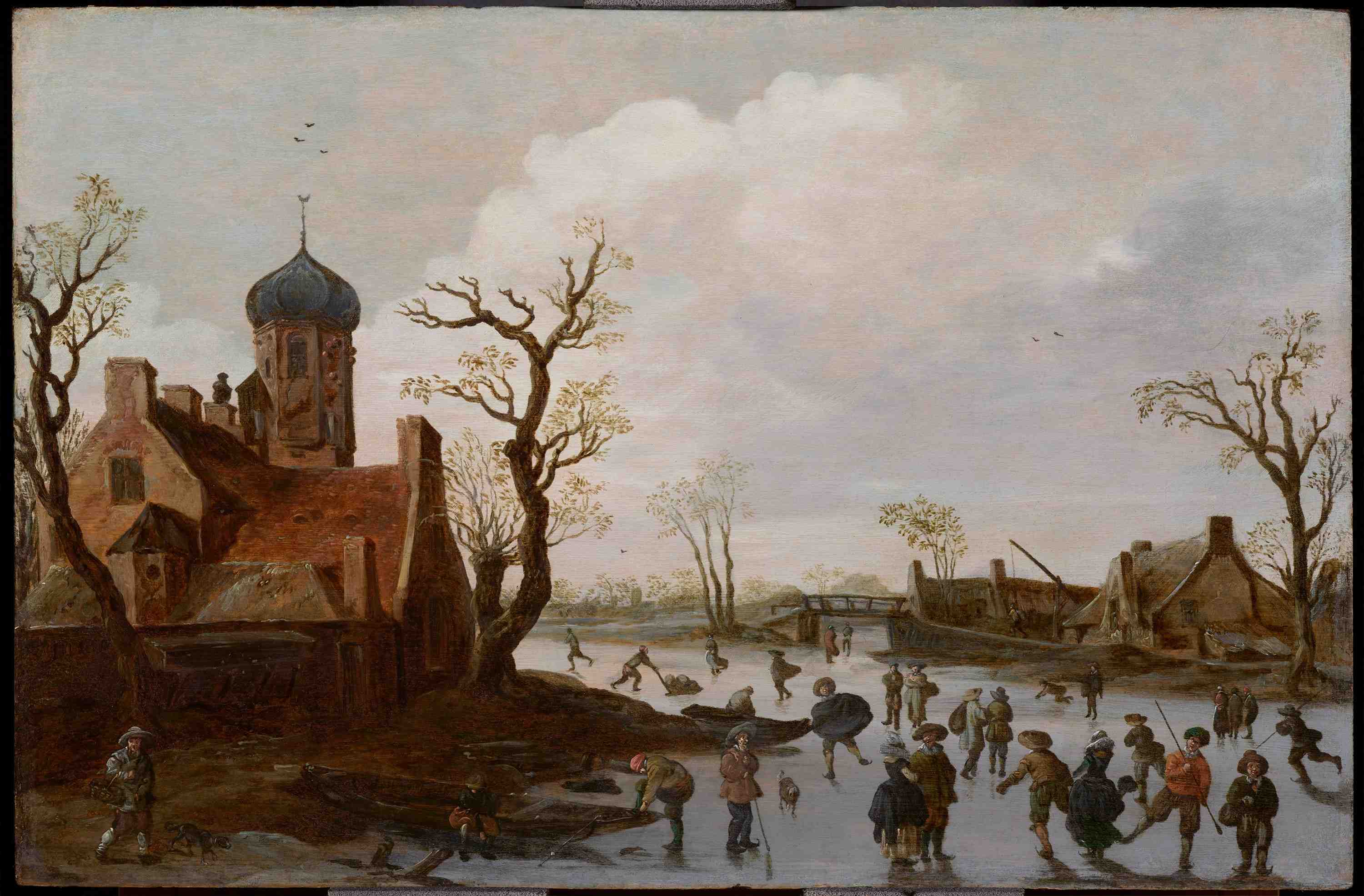 
Jan Josephsz. van Goyen was one of the best and most influential Dutch landscapists of the seventeenth century. From the very beginnings of his career, in the early 1620’s, winter landscapes were one of the artist’s favourite subjects. In the period until 1628 we know of some thirty-five winter scenes by him. These early landscapes were strongly influenced by Esaias van de Velde in whose studio Van Goyen wrapped up his apprenticeship. In the Flemish tradition of the ‘season iconography’, Van Goyen’s earliest landscapes were often conceived as pendants of summer landscapes. For these pairs the artist initially showed a clear preference for small, round panels, as had been popular among 16th century Flemish artists like Abel and Jacob Grimmer. Subsequently, the rounded format was first introduced in the Netherlands by Flemish immigrants and from then on used by early landscapists like Hendrick Avercamp and Esaias van de Velde, and subsequently by Van Goyen. However, as of 1622 Van Goyen started to also use rectangular panels for his landscapes. Some of these were still paired with summer scenes, others were conceived as individual works of art.

The present, hitherto unpublished, panel is a good example of this last category. With fine yet rapid brushstrokes, applying the paint rather thickly in opaque layers, he rendered the various figures engaged in skating and pushing a sleigh on a frozen river which runs from the right foreground to the horizon in the left background. A house with a turret and some gnarled, bare trees closes off the composition in the left foreground. The type of trees seems to have been directly from the specimens generally painted by Esaias van de Velde. In the middle distance on the right, some farmhouses are located next to a wooden bridge, whereas a single bare tree is silhouetted against the pale, wintry sky.

In the present work, Van Goyen is using earthy hues in various shades of brown, reddish-brown and greys. Hence a dating around 1626 seems likely.

Aided by Infrared Reflectography the monogram typical for Jan van Goyen was revealed. It is painted in brown tones at the bottom of the doorway of the farmhouse. The monogram is made with dark paint (structure visible under the microscope), most likely a carbon-containing pigment mixture, an earth pigment with black. 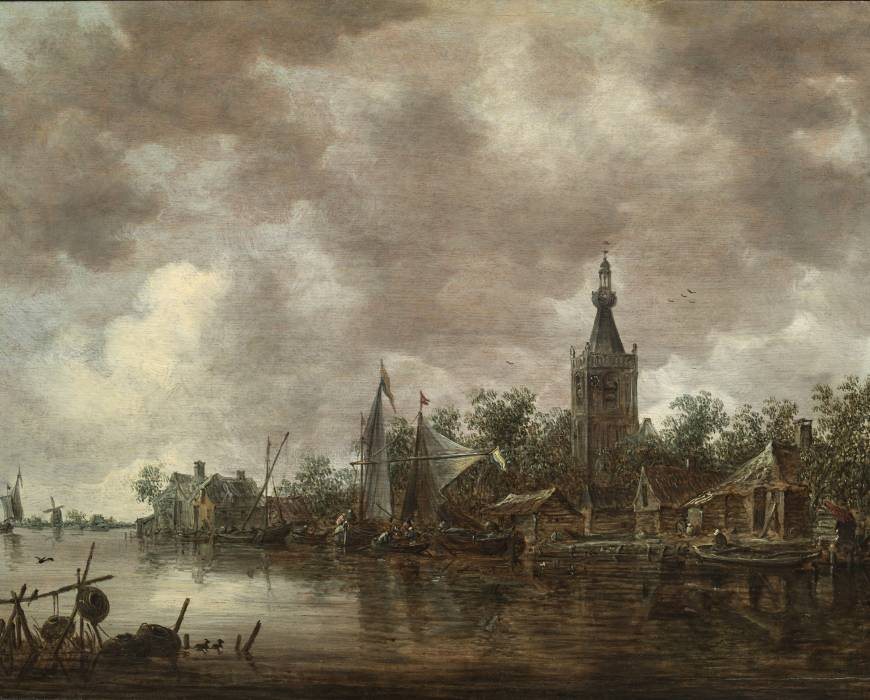