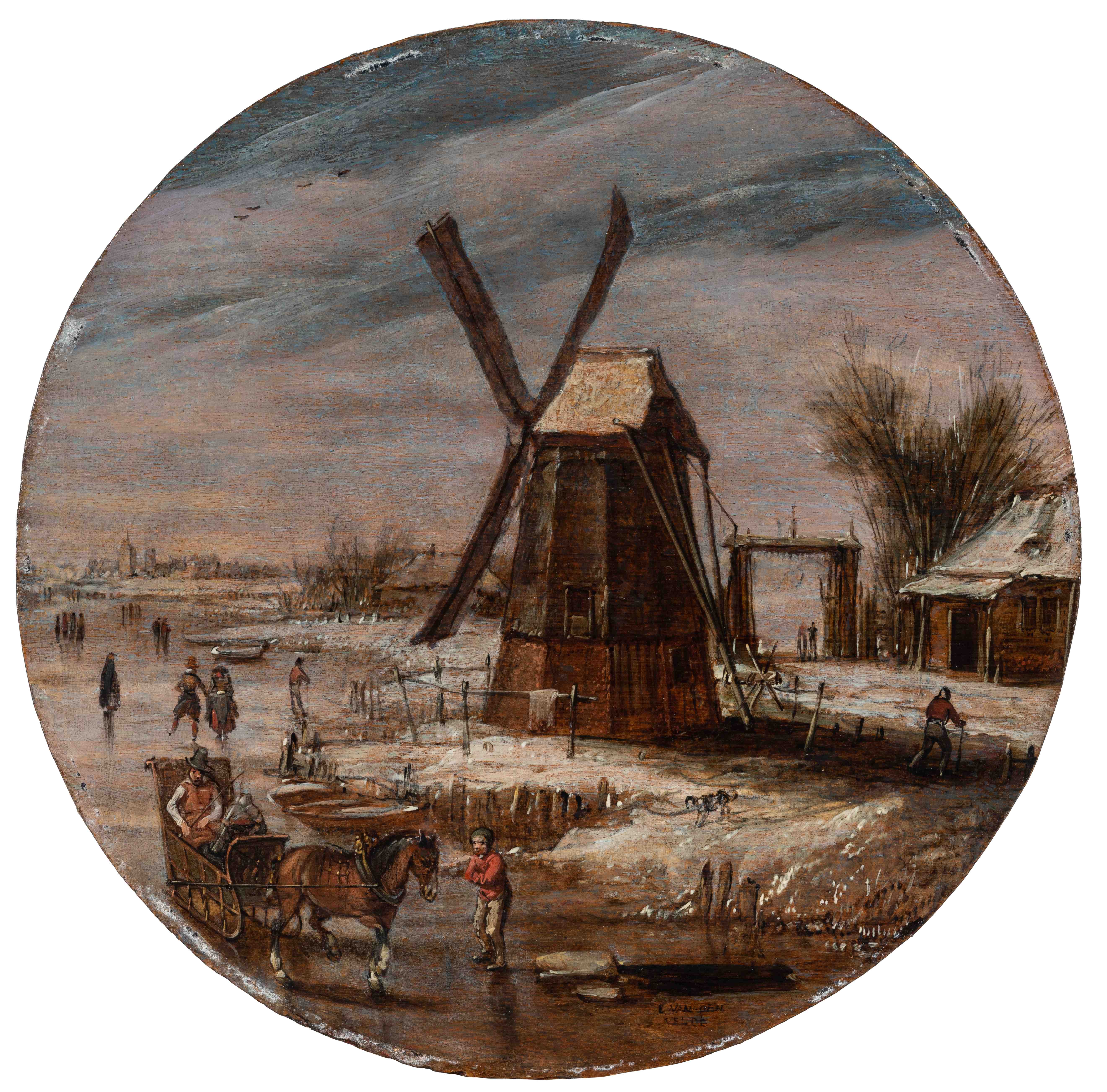 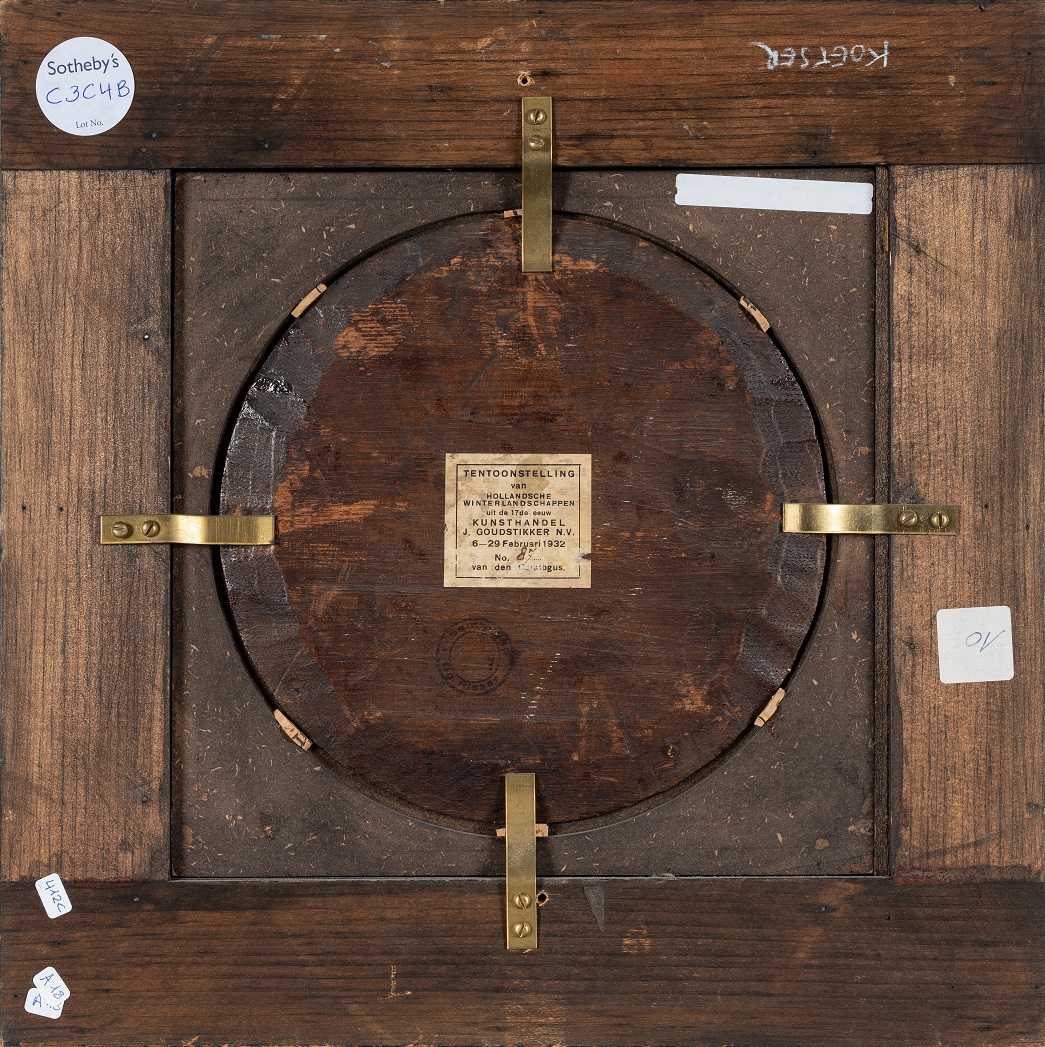 Winter Landscape with an Elegant Couple in a Horse-drawn Sledge on a frozen waterway by a Windmill.


Esaias van de Velde was among the first of the Dutch painters of the early seventeenth century to forego the old mannerist conventions of landscape for a more naturalistic vision of nature. In this fine early work, a windmill dominates the composition, standing silhouetted against the winter sky, while in the foreground a shivering young boy, seemingly just fallen into the ice, looks on hopefully as an elegant couple pass by in their horse-drawn sleigh.

This winter scene was probably painted in Haarlem, where Esaias was resident from 1609 until 1618, when he moved to The Hague. In his monograph on the painter, George Keyes plausibly proposed that it may originally have had a pendant in the form of a Landscape with haymakers in a private collection, which is signed and dated 1616, although the dimensions differ slightly in the two works, as do the forms of the signature.[1] A dating to that year however seems entirely plausible by comparison with a very similar signed and dated circular winter scene formerly in the Weldon collection in New York (fig. 1). Both landscapes are seen, not from the traditional birds’ eye viewpoint, but from the spectator’s own, and share a similar humorous interaction between the figures.

In Van de Velde’s drawings of winter scenes from the same year, such as that in Yale University Art Gallery (fig. 2), which were made from the life, we find the same qualities of immediacy and truth to nature that distinguish the best of his work, and which were to be profoundly influential on many Dutch landscape painters, among them his pupil Jan van Goyen.